Showing posts from May, 2020
Show all

Furnished 1 BHK apartments for rent near to Manyata Tech Park 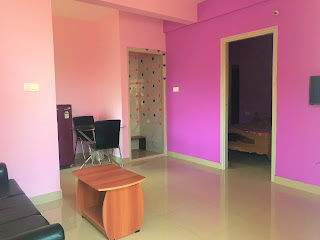 Hebbal and surrounding regions are among the fastest growing and highly preferred commercial and residential destinations in Bangalore. Embassy Manyata Tech Park is one of the largest IT/Business Parks in Asia and home to several large multinational and Indian companies such as Philips, Ikea, IBM, Cognizant, Lowe's, Alcatel Lucent, and L&T Technology Services etc.

Within 5-10kms radius of Manyata Tech Park, several new standalone as well as business parks have come up including Bhartiya City, RMZ Latitude, Brigade Magnum, Brigade Opus and Embassy Kirloskar park, among others.

Large domestic and global real estate investors have announced new investments that would witness new office supply coming up in the area, further increasing the demand for high quality managed residential accommdations. The area, therefore, becomes a natural preferred residential location for lakhs of individuals who are working in aforementioned business parks or locations. 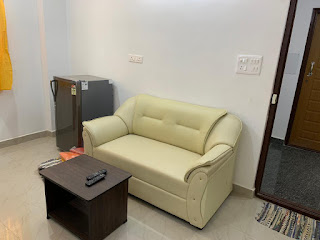 One of the most buzzing locations in Bangalore is Marathahalli. Within the broader Marathahalli area, Spice Garden,adjacent to the Marathahalli flyover, is a highly sought after residential locations for young single professionals because of its easy accessibility from major IT/Tech Parks on the ORR and in Whitefield.
It is an extremely convenient location for people working in Prestige Tech Park, Embassy Tech Village, Brookfield, Mahadevpura, Bagmane World Technology Centre and RMZ Ecospace.Near to the crossroads of ORR and Whitefield Main Road, this location is ideal for an individual to travel anywhere across the city. The social infrastructure in and around the area is also great. There are several grocery shops and eateries within walking distance. Some of the most happening breweries in Whitefield are just 10-15 minutes drive from the place
SimplyMoveIn offers fully furnished 1 BHK flats for rent in Marathahalli (Munekonal) without any brokerage, deposit or lock in. We have 22 u…
Post a Comment
Read more 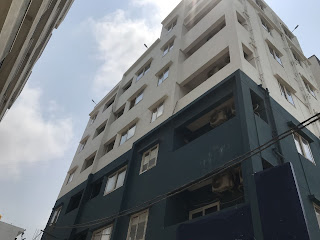 The property is located in the electronic city Phase 2 area. It is 500 metres away from Tech Mahindra and TCS tech parks. This property consists of 5 units of 1bhk and 11 units of 2BHK. All bedrooms in 2bhk have an attached toilet. There is a lift, power backup and ample space for parking vehicles. Air conditioning facility is available in every flat. This accommodation is a perfect option for long & short term stay and we promise excellent service and quality to our guests.

The property offers rooms, 1bhks and 2bhks. can be book on SimplyMoveIn properties in Electronic City.

Images of the property:


For all your home rental requirements without any deposit or brokerage logon to SimplyMoveIn.com Call / WhatsApp us on +91-9108447827

May 19, 2020
SimplyMoveIn was founded with a mission to empower millions of young working professionals with infinite flexibility to relocate anywhere they want, anytime they want without any frictions. One can rent fully furnished independent and private homes without any brokerage, deposit or lock in.

Our homes become all the more relevant in the post COVID era for the following reasons:

1) Complete privacy: We are arguably the only operator of managed homes who has been incessantly vocal about privacy for the past 4 years. In fact, we do not operate shared homes/hostels/PGs as that goes against our belief that privacy is a fundamental right. In the post COVID world, this word has a new meaning altogether. It is critical for individuals to stay privately, maintain maximum possible distance with others, especially strangers/unknown individuals, and focus on hygiene. Our homes give you total control on each of these elements.

2) Clean food: 100% of our homes have attached kitchens, and we provide g…
Post a Comment
Read more

Homes without Deposit and Brokerage 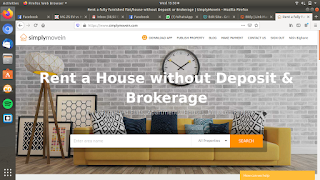 #SimplyMoveIn #NoDposit #NoBroker #NoBrokerage #AllFacilities Rent beds on a sharing basis, or an independent room in beautiful villas without broker


The benefits of No Deposit: A lot of money of individuals are stuck in the form of deposits. This money is to stay stuck as long as one is renting with deposit. It doesn't give any return, neither to tenants nor to owners. Think about the kind of things that can be done with this money. It also gives you freedom. With no money stuck, you get freedom to move with your jobs, you locations and your aspirations.
So logon to SimplyMoveIn.com and get a home in Banglore which doesnot restrict you, but gives you freedom.

1 BHK Houses for Rent in Bangalore

May 14, 2020
Tagged as the “Garden City”, the beauty of Bangalore comes across not only through its rich flora that envelops all its parts, but also with well-planned residential and commercial localities. With every residential layout sporting a park, Bangalore is perfect for the health conscious. This encourages prospective residents check out for a 1 BHK house for rent in Bangalorevia SimplyMoveIn. Revelling in a cosmopolitan makeup, this city recognized as a fulcrum for software operations becomes the first choice for techies to scout for a 1 BHK for rent in Bangalore. Picturesque Locations and Market Places Enabling locals and non-locals to explore the city in detail, the beautiful surroundings of the Lal Bagh Botanical Garden, Cubbon Park, Hebbal Lake, Ulsoor Lake and Banngerghatta National Park come in as perfect weekend getaways for a family housed in a 1 BHK flat forrent in Bangalore. If these are the gifts of nature that Bangalore bestows on its residents, the city is seen as a throbbing…
Post a Comment
Read more

May 13, 2020
A plush residential area measuring 1500 acres tagged to the south-eastern part of Bangalore is Hosur Sarjapur Road Layout, commonly called HSR Layout. It is through this layout that one can get to Electronic City, the prominent IT corridor of Bangalore. If you are an employee with one of the software firms in E-City, it makes sense to check out a 1 BHK for rent in HSR Layout.With wide roads hemmed with lush greenery, HSR Layout is a self-sufficient and calm residential area maintained by Bangalore Development Authority (BDA) since 1985. This layout nestled between the two roads leading to Hosur and Sarjapur was built on the lands belonging to the territory of the Agara Lake. Equipped with modern civic amenities, this layout is witnessing a burgeoning demand for properties in order to meet the growing residential requirements of software professionals. Distanced by 53 km from the Kempegowda International Airport, it takes about 1 hour 15 minutes from your 1 BHK rent in HSR Layout. It’s…
Post a Comment
Read more Indiranagar is one of the posh neighbourhoods in Bengaluru. This cosmopolitan locality is a classic blend of modern and traditional elements. It has quiet residential by-lanes as well as a bustling dining and shopping scene. Indiranagar’s 100 Feet Road has many top retail brand outlets, popular restaurants, and event spaces.

The background of Indiranagar
Indiranagar was formed in the early 1980s as a BDA (Bengaluru Development Authority) layout and was named after India’s former prime minister, Indira Gandhi. In the early days of its development, Indiranagar had a large number of independent houses and bungalows, most of which were owned by defence personnel.
Bengaluru’s IT boom in the late 90s transformed Indiranagar into a commercial area. Now, it is one of the major commercial and residential hubs of the city frequented by the young and the old. Indiranagar has two arterial roads, 100 Feet Road and CMH (Chinmaya Mission Hospital) Road. It is divided into two stages, with the first st…
Post a Comment
Read more Background Named after the iconic former Prime Minister of India, namely Indira Gandhi, Indiranagar is indisputably one of the poshest locales of Bengaluru. This neighbourhood of East Bengaluru is best known for its shopping avenues, boutiques, cafes and pubs, and is a favourite dining and rendezvous spot for couples, friends and families. Once a suburb of Bengaluru, mainly housing defence personnel, this locale was transformed by the IT boom of the 1990s, suddenly gaining in status and importance. Today, Indiranagar is a much sought-after residential and business hub. If you are looking to move in, there are a number of service apartments in Indiranagarto pick from.  Why Go for Service Apartments in Indiranagar? While many parts of the city are predominantly Kannada speaking, Indiranagar distinguishes itself by being a mixed location. People of this neighbourhood come from all parts of India and settle here with different intentions – to study, to work, to begin a start-up and so on. A …
Post a Comment
Read more

The Other Side of the City at Electronic City 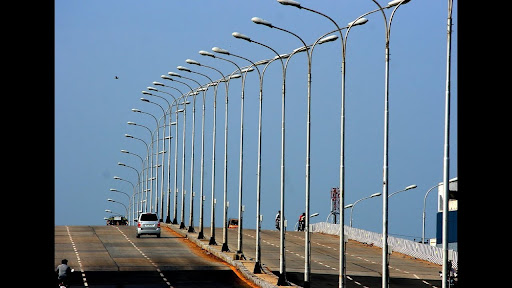 One of the biggest game changers in Bangalore’s development, Electronic City is one of the largest information technology parks in Bangalore and houses thousands of employees. The teeming masses of families and individuals that have flocked here for career opportunities have given rise to plenty of serviceapartments in Electronic City on monthly basis. The area has developed purely to service the people who work there and those who visit to the best of their ability, providing a home away from home with all the comforts and amenities.
Electronic City service apartments Over the years, service apartments have sprung up by the dozen and come in all sizes and at different costs. Some are equipped with neat little kitchenettes and have basic equipment like kettles, stoves and fridges. There are a few places that have gone the extra mile and provided units with a living room, dining area and all the other comforts of a long term stay like TVs, washing machines, and microwaves. Most of thes…
Post a Comment
Read more Located in the Anekal taluk of Karnataka and in the city of Bengaluru is an expanse of over 332 acres called the Electronic City. It is the Information Technology hub of the entire state and is considered to be the country’s largest electronic industrial park. The booming industry area covers Doddathogur and Konappana Agrahara villages and is divided into 3 zones called Phases I, II and III.
How was it established?
Electronic City was created and established by R.K. Baliga, the Chairman and MD of Keonics, Karnataka Electronics. A pioneer in infrastructure development for information technology, Electronic City plays home to over 200 world-famous ITES and IT companies. The area was first developed in order to make Bengaluru India’s Silicon Valley. Today, Electronic City is the outsourcing hub of the world, playing home to numerous techies. Many people who work in the area prefer to stay in a 1BHK house for rent in Electronic City.
Development of the area
Electronic City is rapidly develop…
Post a Comment
Read more
More posts